How to sell the un-sellable.

How do you sell the unsell-able?  Like for instance how would you have gone trying to sell water back in the 1970’s.  I have found two really interesting ideas that from the outside seemed destined to fail. But of course they were roaring successes.

Selling “The Million Dollar Home Page” this really is a simply idea, so simply you think why didn’t I do it. In 2005 a young UK college student named Alex Tew had an idea. He needed to pay for his college fees, so he came up with selling space on an blank website home page.  The website contained a million pixels on a 1000 x 1000 pixilated grid. 10 x 10 blocks of pixels were sold for $1 a pixel. Buyers submitted an image, a link to their site, and a tagline to be displayed when hovering over the image. The final 1000 pixels were sold in January of 2006 on Ebay for $38,100, which brought the total tally to $1,037,100 in gross income for Alex Tew.

The idea created such a stir that it was covered via different media outlets all round the globe. Because of this the hits on the site jumped considerable causing an influx of interested businesses.  Alex promised that he would leave the site active for five years, it was due to close down in August 2010, but it looks like he has had a change of mind because it is still alive.

Many others have tried this idea since but none have been as successful as the original. 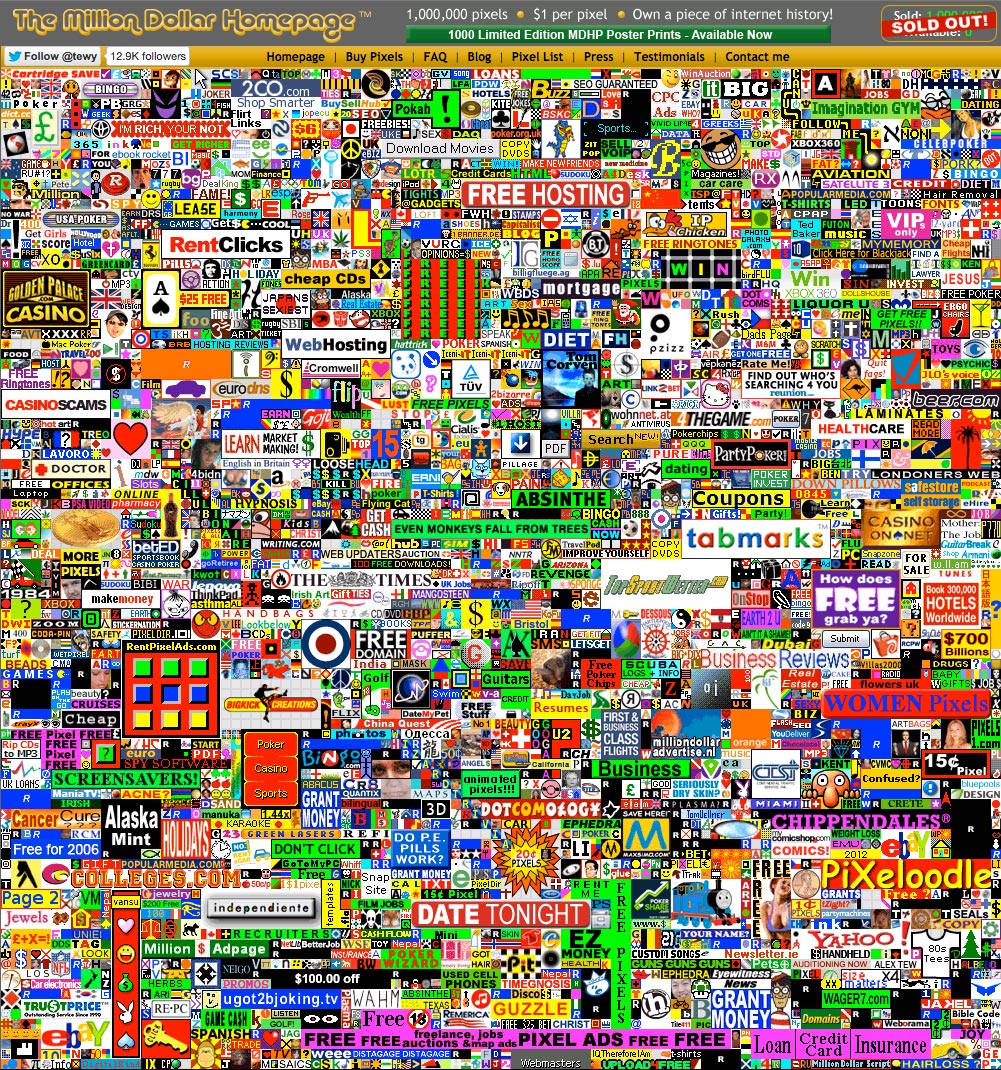 In 2009, an inventive entrepreneur, Jason Sadler, founded iwearyourshirt.com. Jason embarked on a journey to make money without actually working, and credits the famous Million Dollar Home Page as his inspiration. Perhaps no less creative but even more effective. Companies send a T-shirt with their logo to Sadler to be worn throughout the day; the price of the day is determined by the day of the year. (January 1st is $1 and December 31st is $365.) He wears the shirt the entire day, regardless of obligations such as weddings, television appearances, and fancy dinners. The reason this went viral can be credited toFacebook, Twitter, Flickr, YouTube and other social marketing sites.

Each day begins with Sadler changing his Facebook and other profile pictures to a picture of him in the company’s shirt. He writes a post for his blog each day, and remains active on various media sites and services. His site also promotes a variety of deals and discounts that are available for the company for that day only. Otherwise, he goes about his daily life, in a T-shirt that you have made for him. For 2010 he enlisted a partner on the west coast, Evan White, which changed the price from $1 to $2 increases each day. Buyers have ranged from charities and religious organizations, to well-known businesses such as RE/MAX and Prudential, as well as female lingerie businesses promoting themselves with women-cut T-shirts and pink feather boas.

Not meaning can say they were t-shirts for a living, in Jason’s case he’s not kidding.

I suppose I could say the moral to these stories are, that however insane an idea maybe there is always hope that with the use of social media you can sell the unsell-able. 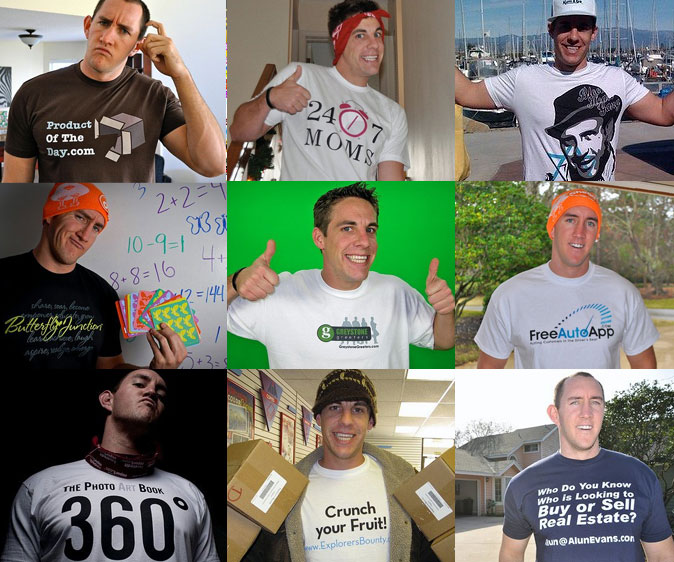 Is it time to update my logo?Blog