< BACK TO PRINT DESIGN GALLERY

Starting with a 10 year birthday celebration sale back in 2002, this suite of catalogues represent a fantastic six year association with Le Kitchen, which only ended with the sale of the business. The catalogues became a yearly and sometimes twice yearly process which ended in great satisfaction.

The catalogues achieved what our client wanted, with the first catalogue seeing a jump in sales of 21% from the previous year.  Le Kitchen wanted a catalogue that looked that good, consumers would not throw it away.  The catalogue was distributed though The Courier in Ballarat on the first Saturday of the sale, which lasted four weeks. Testament to the look and feel working, customers walked into the store three and four weeks later with the catalogue in hand.

The catalogue was so successful, other similar businesses to LeKitchen wanted to join in.  The Cook’s Gallery in Bendigo and House & Garden in Melbourne came on board and enjoyed the same success that LeKitchen’s vision had provided. 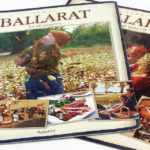 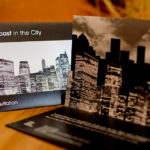